No, Utility Classes Aren’t the Same As Inline Styles | frontstuff

This is supposed to be a defence of utility classes …but it’s actually a great explanation of why classes in general are a great mechanism for styling.

I don’t think anyone has ever seriously suggested using inline styles—the actual disagreement is about how ludicrously rigid and wasteful the class names dictated by something like Tailwind are. When people criticise those classes they aren’t advocating for inline styles—they’re advocating for better class names and making more use of the power of the class selector in CSS, not less.

Anyway, if you removed every instance of the word “utility” from this article, it would still work. 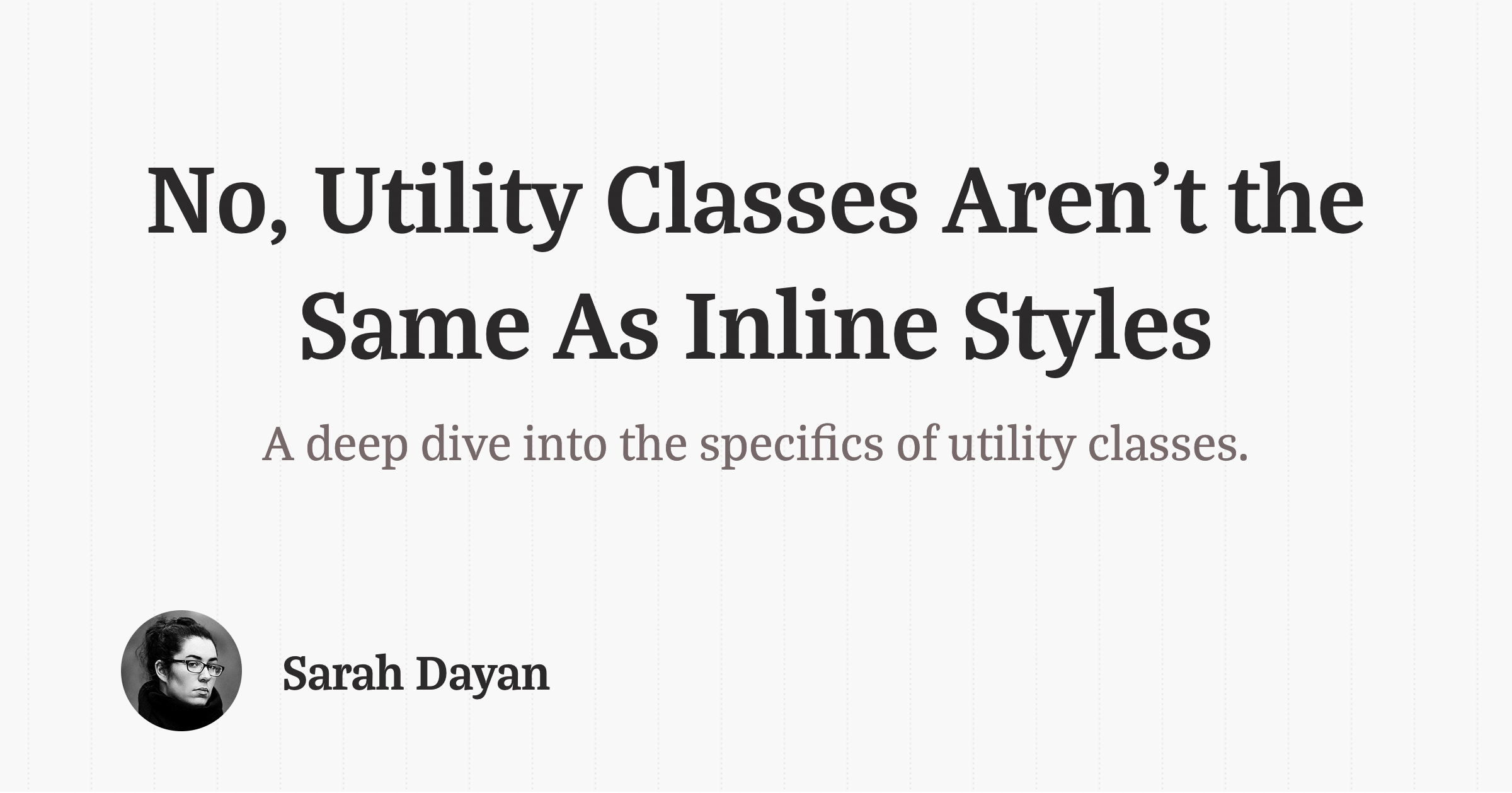 “Adactio: Links—No, Utility Classes Aren’t the Same As Inline Styles - frontstuff” “Anyway, if you removed every instance of the word “utility” from this article, it would still work.” adactio.com/links/18141